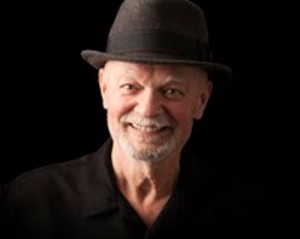 The ongoing theme of my current work is light and color. I’m exploring light as the driving force in our understanding of the universe and the laws of physics. Complex color is the total effect of the environmental influences on the objects we perceive. The color we see is really a combination of surfaces, reflections, and shadows. Light emerges from objects, light also penetrates objects. Color then becomes the essence of things, rather than the description of things. I try to capture an image where color and light combine to form a moment of grace.

Doug was born and raised in Detroit, Michigan, and started his art career with oil painting.  He was intrigued with the romance of painting in the tropics as a young artist, and found himself living in Hawaii. He eventually had several one-man art shows, including showings at The Gallery of Fine Arts (Hilo) and the Unitarian Gallery  (Honolulu).  After winning the top prize in the Hilo art fair two years in a row, the state purchased one of his paintings to add to their collection at the Hawai‘i State Art Museum in Honolulu.

The allure of the 60’s brought Doug to the San Francisco Bay Area, where he had several one-man shows and was an invited artist at the San Francisco Art festival.  During this time he founded a printmaking collective, East Bay Media, in Berkeley. He designed and printed social justice leaflets and posters, including the well-known “Bring the Monster Down” poster included in the “All of Us or None: Social Justice Posters of the San Francisco Bay Area” exhibit at the Oakland Museum in 2012.

During the late 70’s, Doug traveled to a tiny Mexican fishing village, Yelapa, where he lived and produced a series of pastel drawings later exhibited in the U.S. He eventually moved to Spain, and for twelve years he worked and exhibited in numerous galleries, such as The Galeria La Cortina in Barcelona, The Galeria Internacional in Ibiza, Galeria Torres Begue, and Galeria Kandinski in Madrid.  He also worked as a free-lance illustrator, and was published in several periodicals in Barcelona.

Doug became interested in art conservation upon his return to the United States, and worked as a free-lance fine arts conservator for many years at S.F. bay area museums- such as The Oakland Museum and The San Francisco Museum of Modern Art. One of his many projects was the restoration of the Jade Pagoda at the Oakland Museum.  He was also awarded the contract for the restoration of the of the San Francisco Palace of Legion of Honor Museum, which included renovation of several period rooms and the conservation/installation of the Spanish ceiling.

After a twenty-five year hiatus, Doug’s newest work is now exhibited at various locations in California.