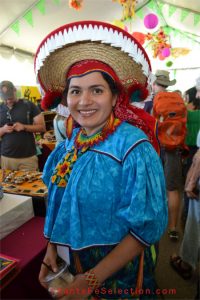 Established nearly three decades ago in the rugged mountains of Sierra Occidental Occidental, in the town of Huejuquilla el Alto, Jalisco, Mexico, The Huichol Center for Cultural Survival and the Traditional Arts developed working strategies and goals to address the economic, educational and health issues facing the Huichol people as they work to maintain their cultural identity and homeland. ​

Facing territorial encroachment of their sacred land and a need to survive in a modern world, the Huichol Center for Cultural Survival and the Traditional Arts serves as a bridge between a cultural divide. Established nearly three decades ago within the rugged mountains of the Sierra Madre Occidental, The Huichol Center and its founder, anthropologist Susana Valadez, strive to empower both Huichol individuals and communities across the country to maintain their spiritual, artistic and cultural heritage by preparing them to coexist with the outside world on their own terms. With careful planning and education the Huichol people can thrive in today’s world without sacrificing their native traditions or language.