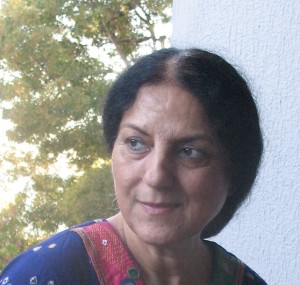 Many of Salma Arastu’s paintings, drawings and sculptures are center around the concept of lines—following an inner rhythm, forming figural compositions and at other times abstract formations. Her paintings are visually flowing, spiraling  through space in hushed and deep tones in a synthesis of contour, color and space.

Arastu’s work is created through an ongoing process of introspection that involves action and reaction to a variety of materials.  Her method is physical and meditative in a process that fills each canvas with moving lines and multi-layered textures.