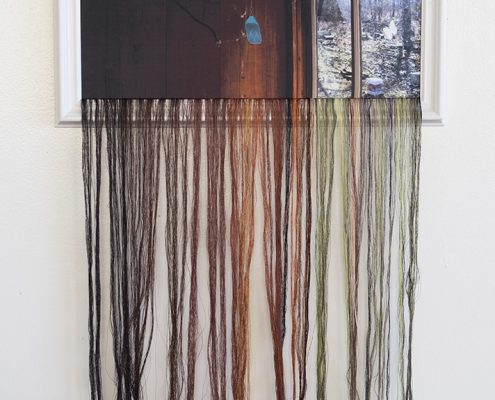 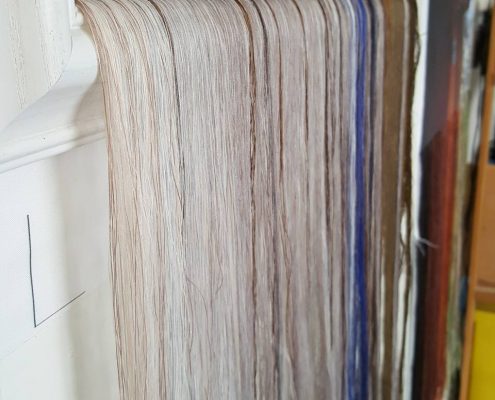 “I was raised in an illusion of a house; where the separation of interior and exterior were not distinct. Parts of our home were left unfinished; leaving whole sections exposed to the elements. Wild animals regularly and easily penetrated our attempt at domestic bliss, and the Arkansas wilderness mingled with our home furnishings.

My school was the forest. My lessons were dictated by the weather and chosen by myself. My pop quizzes were chance encounters with snakes and spiders. I was a wild child with scrapes on my knees and dirt under my nails. I would climb trees and build forts with pink plastic high heels on, and dream of indoor flushing toilets.

The romanticism of raising your children off-the-grid / off-the-land was a step removed from the uncomfortable and isolating reality. In the 80s, my mother and father moved into the Arkansas wilderness to raise their children removed from society; a way of life that has resurfaced as the hipster ideal. As people, we long to reconnect with our wild roots and often idolize the past. We overlook the smaller details which drove us to the civilization we’ve created. In our attempt to glimpse our ancestor’s landscape we interact with man-curated nature, believing it’s wild and untouched.

In my work I look to define our natural surroundings by re-fabricating them as domestic goods. I work with historically craft-based and domestically ripe materials as a way to relate to the home, the safe, and the secure. My work explores the blurred edge between the domesticated and the wild.” – Amber Imrie-Situnayake, on her work for It’ll Do Rd.

In 2013, Amber graduated from UC Berkeley with a BA in Studio Art and was awarded ‘Excellence in Sculpture’. In 2014, she founded Venison Magazine, an online contemporary art magazine. In October of 2014, Amber studied in Amsterdam, Holland at art residency, NDSM Treehouse. In 2015, Amber stayed in Paonia, Colorado as artist-in-residence at Elsewhere Studios. Amber’s Installation ‘Hum’ which was envisioned at Elsewhere, was accepted by Paseo Interactive art festival in Taos, NM as one of their twenty-five installation for 2015. In August of 2015 Amber received a traveling artist grant from Fayetteville Underground for her exhibition, Buffalo, a site-specific installation based of the local Arkansas River.  In late 2015 Amber Founded Camp Venison, an open source art professionalism residency based in California. In Fall of 2016 Amber will begin her studies at Stanford University for her MFA.