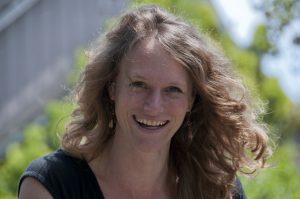 Becky Jaffe Fine Art Photography explores the nature of Biophilia, the innate sense of kinship we recognize with other living beings. Featuring flora and fauna from national parks, wildlife refuges, and biological reserves in Africa, the United States, and Latin America, her photographs embody the philosophy stated by Yann Arthus Bertrand,  “The Earth is Art, the photographer only a witness.”

A photographer, naturalist, and educator living in Oakland, California, Becky Jaffe teaches biology to Bay Area high school students. She also leads environmental science tours and is the Artist in Residence at the University of California’s Botanical Garden at Berkeley. Using in-camera techniques that stretch the photographic medium to create painterly effects, she fuses an artist’s sensibility with a biologist’s curiosity in order to communicate reverence for the natural world. She enjoys photographing birds and tropical insects in particular, and relishes those moments when the insects appear to be studying her.

Her photographs have been recognized by the California Academy of Sciences, the Center for Fine Art Photography, the Entomological Society of America, and have been published in The Buddhist Poetry Review, Bay Nature Magazine, the San Francisco Chronicle, and National Geographic’s “Your Shot.”

Fur, Feathers, and Fins at the Pacific Art League, California

Wild Things at the Arts Council of Southeast Missouri, Missouri

Winner of the Family Life category of the LoveLife Competition at the California Academy of Sciences, San Francisco, California

Winner of the Wildlife Category of the LoveLife Competition at the California Academy of Sciences, San Francisco, California

Eye to Compound Eye: The Art & Science of Insect Photography Guest lecture at the Berkeley

Eye to Compound Eye: The Art & Science of Insect Photography, the California Academy of

Eye to   Compound Eye: The Art & Science of Insect Photography Guest lecture at the Alameda