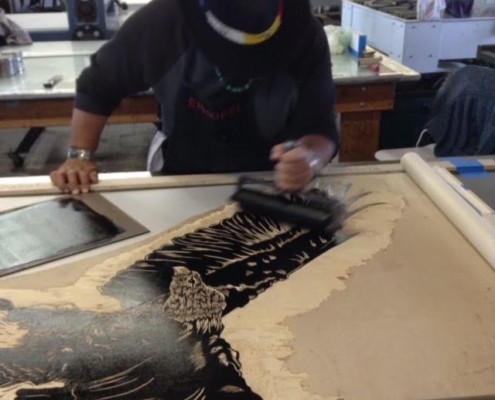 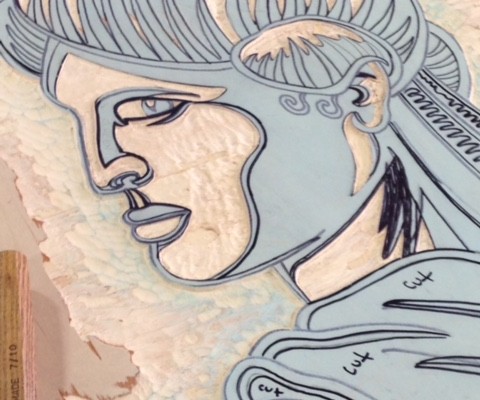 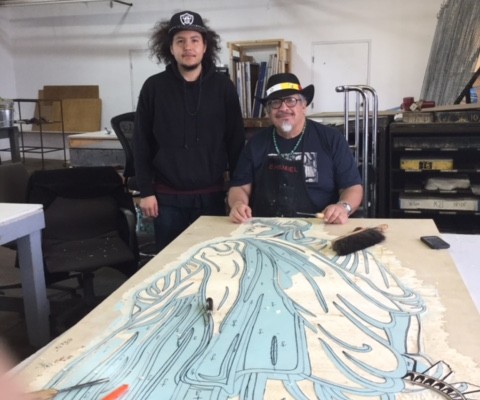 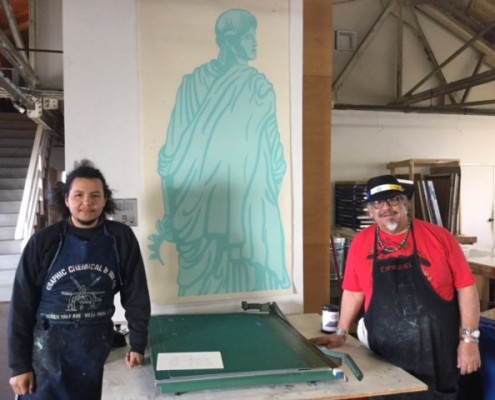 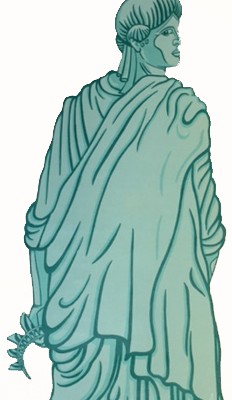 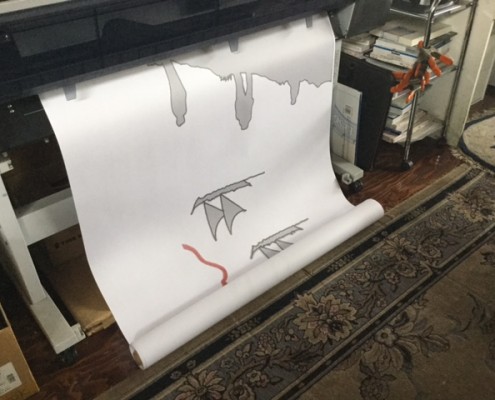 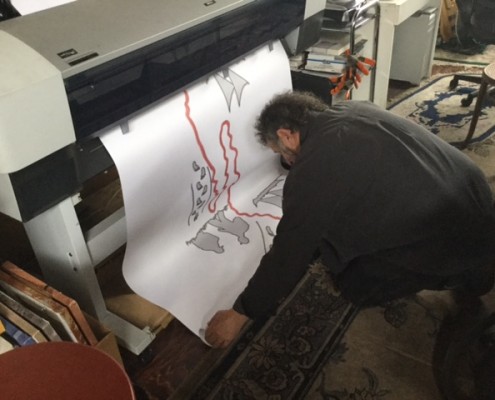 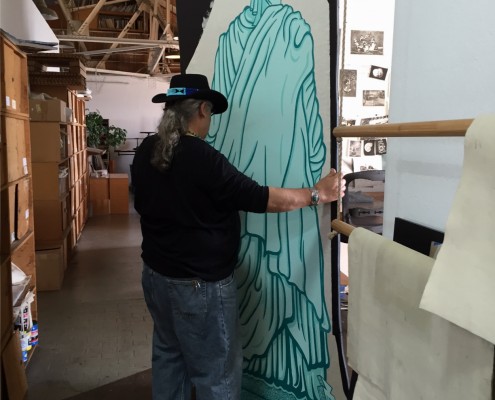 Emmanuel Catarino Montoya is a descendent of Apache and Mexican heritages and was born in the small south coastal town of Corpus Christi, Texas. For over fifty years, Montoya has been a resident of the San Francisco Bay Area where he attended public schools and went on to college earning a Bachelor of Arts (Magna Cum Laude) and Master of Fine Arts degree in printmaking at San Francisco State University. For the past 30 years Montoya has taught printmaking, mural painting and drawing in diverse venues that range from community-based organizations to public school, college and university classrooms. His artwork has been collected by institutions around the country and beyond, from the Library of Congress to the National Museum of Mexican Art.

Montoya’s piece in the show, “The Border Crossed Us!”, consists of three central figures: the Statue of Liberty, flanked by two large, bald eagles in flight, accompanied by a small map of the United States with all of its identifiable states. The piece speaks to the notion that the Indigenous First Peoples on Turtle Island—the Western Hemisphere—have been migrating and traveling across these lands for a millennium. However, with the arrival of the European the numerous trade routes became the King’s roads or were “crossed or severed” with boundless lengths of barbed wire fences and high barrier walls. Once open lands became “compartmentalized”.

“The Border Crossed Us!” also speaks to the direction that the Statue of Liberty faces: to the east across the Atlantic Ocean. Her back is turned, yet she carefully peers over her shoulder to those migrating from the south.. She stands with both arms lowered, motionless; for them she holds no guiding light, no words etched in stone promising the comfort of liberty and freedom from the harsh realities left behind.

At its core, Montoya’s style is a collage of influences: from the Chicano Movement of the late 1960s & 70s, to the master printmakers and muralists of the mid-twentieth century contemporary arts movements in Mexico and Latin America. When he was a young artist growing up in San Francisco, Bill Graham’s 60’s rock concert posters, with their splashing, colorful imagery and flowing text that represented the era and music of the time, had a strong, creative impression on what he was producing, and continues to influence his work today.