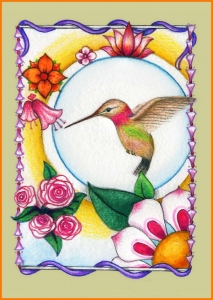 Iranshid Ghadimi was born in Tehran, Iran in 1960. She attended the Behzad School of Fine Arts from 1975 to 1979. Revolution, war, and motherhood changed the direction of her life. In 1984, she went to Paris, France. From there, she moved to the United States in 1985 and became a citizen in 1997. She has lived in Los Angeles, New York, and Berkeley, and is finally settled in Oakland, California. In 1997, her passion for arts reignited, she attended San Francisco Art Institute, where she received her Bachelor in Fine Art with a major in painting. Ghadimi then attended Mills College in Oakland, California, where she received her Master of Fine Art in 2004.

Iranshid Ghadimi grew up in the hybrid and transitory environment of Iran and is intrigued by the complexities of cultural identity. She seeks to voice the contradictory experiences of her upbringing from the inside – the sensibilities and unsettled details of daily living, which are often difficult to discern from the outside – as well as touch on the space between cultures. Through her work, she tries to connect past and present, memory and idea, and the personal and the universal, to find a home in this shifting world. Ghadimi’s recent work has focused on developing a visual and structural language, which comes from and speaks across her different cultural sources. In this language, she is looking for a visual poetry that allows a transformation or conversion.

My recent work has focused on developing a visual and structural language which comes from and speaks across my different cultural sources. In this language I am looking for a visual poetry that allows a transformation or conversion.
In my collages and greeting cards I use this language to explore my passion for nature and its depiction through others’ eyes. Whether a 17th century Persian miniature, an illustration from a calendar or my own paintings and drawings, these cut-out images enable me to explore two realities at the same time. On one hand, I pick and choose the images while alternating between these realities – east and west, natural settings and structure created by man. On the other, while appropriating these images, I lean toward constructing a new reality in which the two opposing worlds co-exist in natural yet fragile settings, expressing a shared humanity while also conveying a sense of wonder.