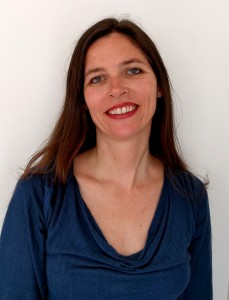 Liz Worthy is a ceramic artist, illustrator, writer and teacher. She was born in the Bay Area, but grew up in Montana, only to return to San Francisco 15 years ago.

Worthy’s art is often interactive and she enjoys displaying it in unconventional ways, such as creating fake boutique in the bay window of the Roxie Movie Theater to display her works. Other local places she has recently shown work include Intersection for the Arts, the Exploratorium, Google, the window of 826 Valencia’s pirate store, New Langton Arts, the Pacific Ocean,the Lab, and Ruby’s Clay Studio Gallery.

Liz Worthy earned a bachelor’s degree in neuroscience from Trinity College in Hartford, Connecticut. As an artist, she continues to be inspired by the scientific pursuit of how we experience life through our five senses.

Dinosaurs and Other Decals, 2-day workshop at Creative Growth in Oakland, June 2009

Mad for Madlibs, workshop on creating Madlibs for 8-10 year olds at 826 Valencia, October 2006

Lotus – How Queen Francine, the Fix-It Fanatic, Got Her Incredibly Clean Car Paint

Healthy Kids, Healthy Teeth Program: Celebration Invitation, Flipchart Supplement, and other materials as part of my Adminstrative Assistant position for the program

Love Potion No. 9 – An Explanation on the Neurobiology of Love, Watchword, Spring 2002

Mechanisms of Pain in Hypnotic Analgesia, The Trinity Papers, Spring 1997